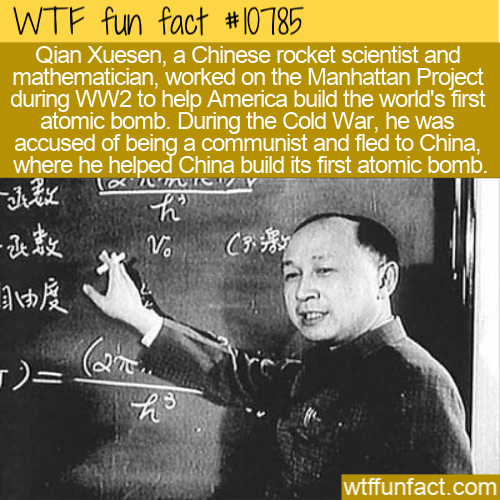 Qian Xuesen, a Chinese rocket scientist and mathematician, worked on the Manhattan Project during WW2 to help America build the world’s first atomic bomb. During the Cold War, he was accused of being a communist and fled to China, where he helped China build its first atomic bomb. – WTF Fun Facts