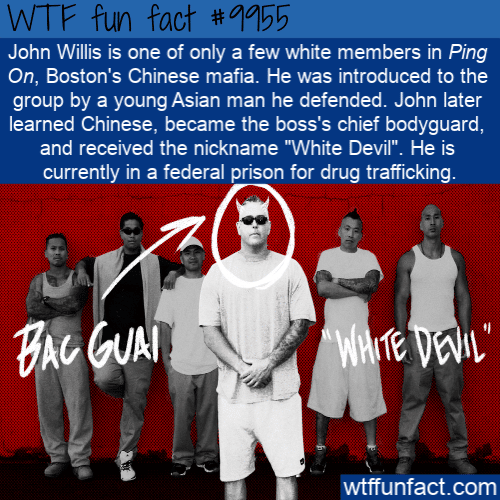 John Willis is one of only a few white members in Ping On, Boston’s Chinese mafia. He was introduced to the group by a young Asian man he defended. John later learned Chinese, became the boss’s chief bodyguard, and received the nickname “White Devil”. He is currently in a federal prison for drug trafficking. – WTF Fun Facts