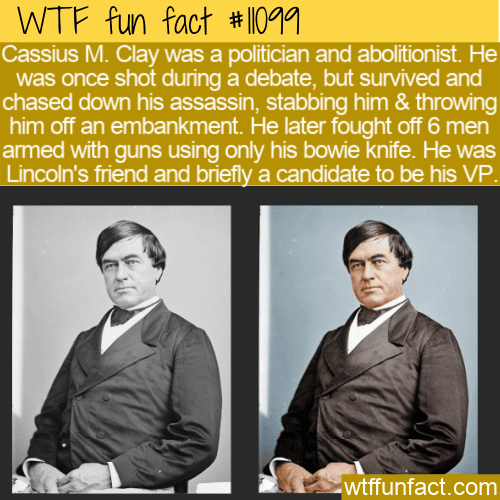 Cassius M. Clay was a politician and abolitionist. He was once shot during a debate, but survived and chased down his assassin, stabbing him & throwing him off an embankment. He later fought off 6 men armed with guns using only his bowie knife. He was Lincoln’s friend and briefly a candidate to be his VP. – WTF Fun Facts