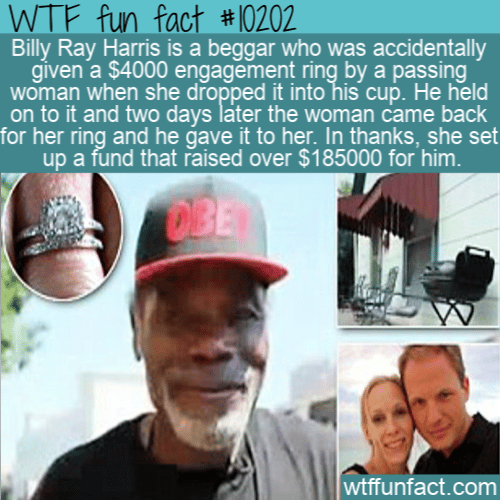 Billy Ray Harris is a beggar who was accidentally given a $4000 engagement ring by a passing woman when she dropped it into his cup. He held on to it and two days later the woman came back for her ring and he gave it to her. In thanks, she set up a fund that raised over $185000 for him. – WTF Fun Facts