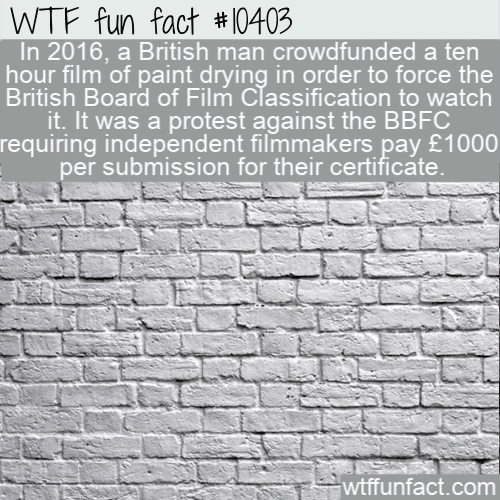 In 2016, a British man crowdfunded a ten hour film of paint drying in order to force the British Board of Film Classification to watch it. It was a protest against the BBFC requiring independent filmmakers pay £1000 per submission for their certificate. – WTF Fun Facts