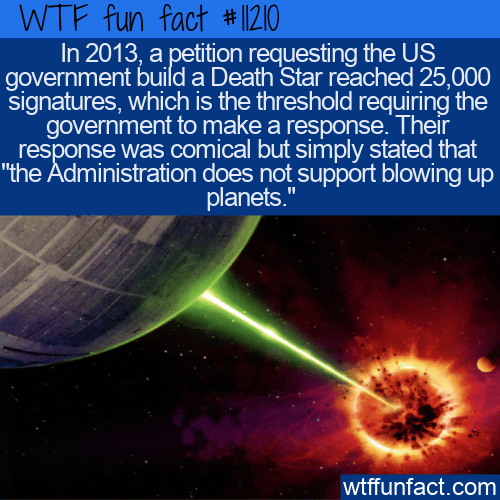 In 2013, a petition requesting the US government build a Death Star reached 25,000 signatures, which is the threshold requiring the government to make a response. Their response was comical but simply stated that “the Administration does not support blowing up planets.” – WTF Fun Facts