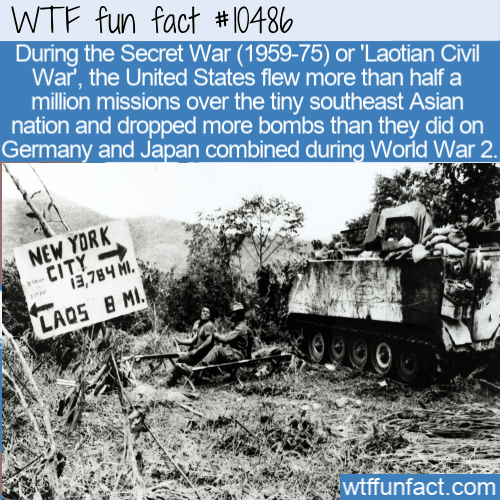 During the Secret War (1959-75) or ‘Laotian Civil War’, the United States flew more than half a million missions over the tiny southeast Asian nation and dropped more bombs than they did on Germany and Japan combined during World War 2. – WTF Fun Facts